Not sure I mentioned, but I do ridiculous things when I'm Interneting. I wasn't aware this picture was being taken. If Moody had been around, he would have reminded me that the mouth is no place for the wand of a witch--constant vigilance, always ready to say a spell without it blowing one's head off.

But look how festive Charlie looks! :D He's sleeping (and snoring) in most of my lap at the moment, but perhaps he knows I was writing about him as he just moved around. 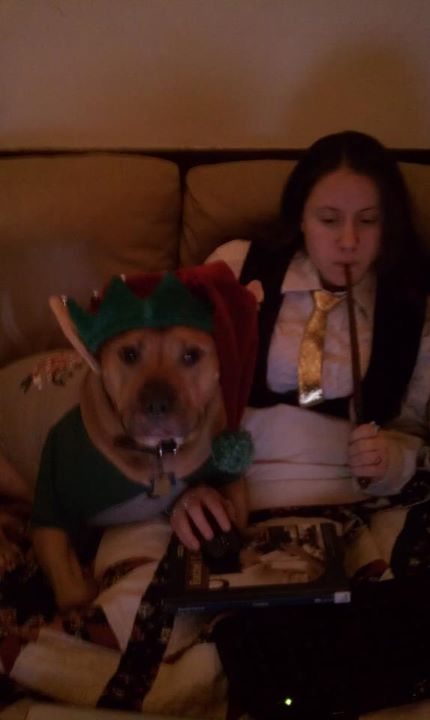 I should go do that too.

But ISITCHRISTMAS.COM is finally giving a very exciting answer, which makes it a touch difficult! Even now that I'm done wrapping my oddly-shaped parcels!

*Boots self off to bed.*

Just accidentally elbowed Charlie in the head, yet on he snores. Damn I wish I could sleep like that.
Collapse